In 1954 there was a widely held belief that no one would ever run one mile in under four minutes. 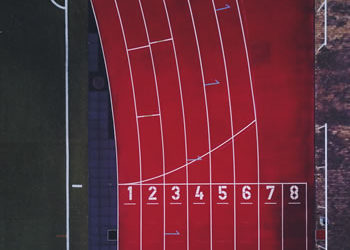 The world of track athletic competition felt this was in fact nearly a certainty – impossible. It was considered a barrier – never to be broken through.

On May 6, 1954 at Oxford, an Englishman, Roger Bannister, ran the mile in 3:59.4. Later that year, two men who were competing – John Landy (Australia) and Roger Bannister – in the Commonwealth Games held in Vancouver B.C. both ran the one mile in under four minutes with Bannister just edging out the victory over Landy.

“When people set challenging goals and discipline themselves to work toward them, they can accomplish anything they desire.”
– Paul J. Meyer

If you intend to achieve a goal on the athletic field, in your personal life or in business – it starts with challenging yourself, or your team, or your company.

The goal will need to be a stretch goal. Certainly there may be goals set along the way which will be the steps toward reaching the larger stretch goal. It all starts with the destination in mind.

Many have said this was the greatest comeback in the history of all sports. Tiger overcame mental, emotional and physical setbacks over the last twelve years. His previous Masters win was in 2002.

As recently as 2017, Tiger and his closest supporting staff wondered if he would ever be competitive in Professional Golf again. He took small steps and set small goals. All of these were aimed at a big stretch and challenging goal – Win The Masters again.

Now it is not my intent to have you think you will win The Masters.

However, it is my belief if you have the talent and the determination to overcome the obstacles you will be able to achieve what you set out to accomplish.

What is it you are going to set out to accomplish?

Mitch Tublin is the CEO and Founder of Wenkroy International LLC a boutique consulting company with a main focus on Strategic Business Consulting, Training and Business Coaching. Our passion is to take people to the next level in their life and in their business.  Are you interested in having Mitch speak at your company or event – click here?

Let’s settle this now! Or at the very least … END_OF_DOCUMENT_TOKEN_TO_BE_REPLACED

Enjoy your family and friends. Be grateful, … END_OF_DOCUMENT_TOKEN_TO_BE_REPLACED

Is your business ready to lose loyal … END_OF_DOCUMENT_TOKEN_TO_BE_REPLACED