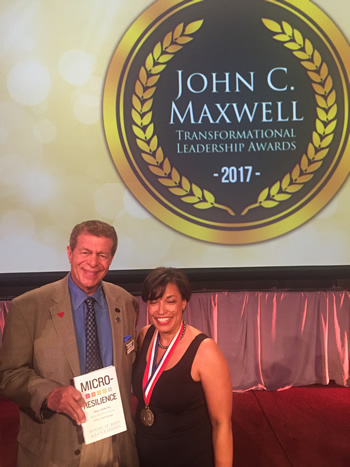 When first hearing the story of Bonnie St. John it was clear to me this must be a hoax or a made up story. How in the world could a person with one leg become an Olympic Medalist and in of all things – skiing?

Now add into this equation she is the first African American to medal in the Winter Olympic Games (actually she competed in the Para- Olympics)!

In no way are you being asked to try this out on your own!

The question is do you ever take a chance on yourself? 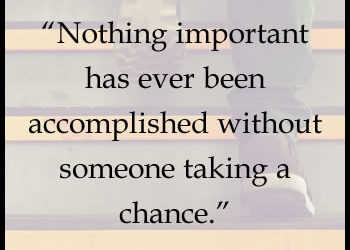 Consider seriously what is the worst case scenario?

We met in Orlando, FL. when she was presented with the award. The competition was strong. Bonnie rose up to the top 100 hundred applicants. Then into the top ten applicants. The day of the award ceremony there were three finalists who were announced and each shared their stories on the stage with John C. Maxwell in front of a few thousand people.

Here is one key story from Bonnie herself which actually made it’s way into a marketing piece.

St. John was featured on a nationwide Starbucks beverage cup with the quote “I was ahead in the slalom. But in the second run, everyone fell on a dangerous spot. I was beaten by a woman that got up faster than I did. I learned that people fall down, winners get up, and gold medal winners just get up faster.”

In her first run Bonnie actually broke a record with her time down the trail.

It takes the average of the two runs to score for the medals. Her point is she lost the race to a person who was the quicker – getter – upper! The person who fell down, just like Bonnie did, however, was able to get up and continue faster.

Mitch Tublin run a boutique consulting firm where he and his team bring out the best in individuals, teams, companies and organizations.

*Let’s keep my lawyer happy. This article is not meant to be advice to take physical risks or behave in such a way which may cause injury or death to yourself or others even if accidental in nature. Should you determine to behave in a manner which would place yourself or others in danger of injury or death it would be something you determined to do on your own. It is not the purpose or the intent of this article to offer any such guidance, suggestion or instruction.

If you took some time to relax between … END_OF_DOCUMENT_TOKEN_TO_BE_REPLACED

When you have a specific project to complete – do … END_OF_DOCUMENT_TOKEN_TO_BE_REPLACED