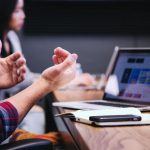 What would others say? Like the people you work with... The people you live with?  What would they say? When aboard a deep sea ocean going ship traveling internationally you will stop at a variety of ports.  Each one having its own culture, architecture and language(s). When the ship first arrives at the port the first contacts are made with people from there. A majority of people initially helping the ship into and at the port speak English.  This would be the Pilot, the Docking Pilot … END_OF_DOCUMENT_TOKEN_TO_BE_REPLACED

The majority of us depend on an app, on our … END_OF_DOCUMENT_TOKEN_TO_BE_REPLACED

A favorite and consistent habit of every person … END_OF_DOCUMENT_TOKEN_TO_BE_REPLACED