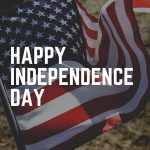 "Ask not what your country can do for you, ask what you can do for your country." ~ President John F. Kennedy "There is nothing wrong with America that cannot be cured by what is right with America." ~ President Bill Clinton "America was not built on fear. America was built on courage, on imagination, and an unbeatable determination to do the job at hand" ~ President Harry S. Truman "The essence of America, that which really unites us, is not ethnicity, or nationality or religion. It … END_OF_DOCUMENT_TOKEN_TO_BE_REPLACED 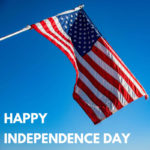 "America was not built on fear. America was built on courage, on imagination, and on an unbeatable determination to do the job at hand." ~ Harry S. Truman "The American, by nature, is optimistic. He is experimental, an inventor, and a builder who builds best when called upon to build greatly." ~ John F. Kennedy "The essence of America — that which really unites us — is not ethnicity, or nationality, or religion. It is an idea — and what an idea it is: that you can come from humble … END_OF_DOCUMENT_TOKEN_TO_BE_REPLACED 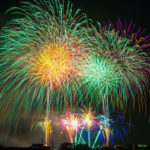 In the United States the Big Bang Holiday is Independence Day each year - July 4th. It is a National Holiday where communities get together, families get together and there are Bar-B-Que Grills fired up everywhere. The colors to wear are definitely Red, White and Blue and the Flag is waving all over the place. Growing up in the New York City area you had to make your way over to watch the Macy’s Fireworks show live at least a handful of times in your lifetime. Of course as a parent, who grew … END_OF_DOCUMENT_TOKEN_TO_BE_REPLACED

The majority of us depend on an app, on our … END_OF_DOCUMENT_TOKEN_TO_BE_REPLACED

A favorite and consistent habit of every person … END_OF_DOCUMENT_TOKEN_TO_BE_REPLACED