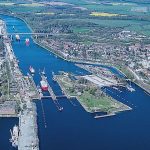 “The single biggest problem with communication is the illusion it has taken place.” George Bernard Shaw How are your language skills? As we reemerge from COVID lockdown back into the world it seems that more people are scattered and rushed than ever. Are your communication skills out of practice? Have you noticed a need for improvement in yourself or others? Everything begins with the ability to communicate. To accomplish this everyone involved must be open and willing to communicate … END_OF_DOCUMENT_TOKEN_TO_BE_REPLACED 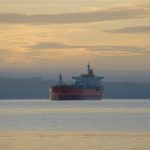 This story is one I’ve heard on CNBC – from CEO’s, COO’s, Analyst and many others. “In order for something to happen at xyz, (whatever company they’re speaking about) it’s going to be like stopping a loaded Supertanker at sea. It’s going to take forever!” Let’s begin with a fact – Yes, if a Supertanker was fully loaded and traveling at full speed ahead and then stopped the engines it would take awhile to stop. Now that is a fact. In reality why would a Supertanker need to all of a sudden … END_OF_DOCUMENT_TOKEN_TO_BE_REPLACED 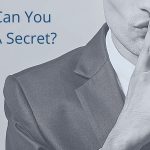 An interesting thing about communication and ships is the secretive nature of information from HQ – headquarters - or the home office to and from the ship. Most of us can easily understand why this would be the case for Naval Vessels. Why has it continued to be a practice for merchant vessels? Some would make the case that this became a practice from WWI and then more so from WWII. Where the ships were heading and when they would be going were key strategic pieces of information. Without a … END_OF_DOCUMENT_TOKEN_TO_BE_REPLACED

“Never judge someone by the way they look or a book by the way it’s covered; For inside those tattered pages, there’s a lot to be discovered” Stephen Cosgrove. How are your language skills? In the United States 75% of the population speaks one language – English.  One of the front and center areas for all people at work and in their lives now is diversity and inclusion. Everything begins with the ability to communicate. To accomplish this everyone involved must be open and willing to … END_OF_DOCUMENT_TOKEN_TO_BE_REPLACED 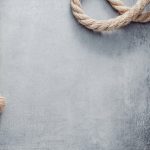 “Wise people speak because they have something to say; Fools speak because they have to say something.” Imagine if aboard a ship at sea if the Chief Engineer ran the engine room as a fiefdom. All of the engineers knew not to speak with anyone who are not part of their engine room team about anything going on in the engine room. Unless it was absolutely a safety to the ship and/or the crew issue even the Captain of the ship might not be kept informed about anything going on in the engine … END_OF_DOCUMENT_TOKEN_TO_BE_REPLACED 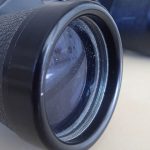 If you have ever worked aboard a merchant ship you know about the responsibilities of the lookout. A lookout is a person most often stationed on the ship’s bridge who maintains a constant watch of the water to report any kind of hazard that can be an obstacle in the navigation and cause harm to the ship. According to COLREG, a lookout is required to give his uninterrupted attention at all times to the ship’s navigation in order to inform the officer on watch (OOW) about other ships, shipwrecks, … END_OF_DOCUMENT_TOKEN_TO_BE_REPLACED

Early Stroke Avoidance Measures... or at the Very … END_OF_DOCUMENT_TOKEN_TO_BE_REPLACED