Do you have someone or a group that keeps you accountable? 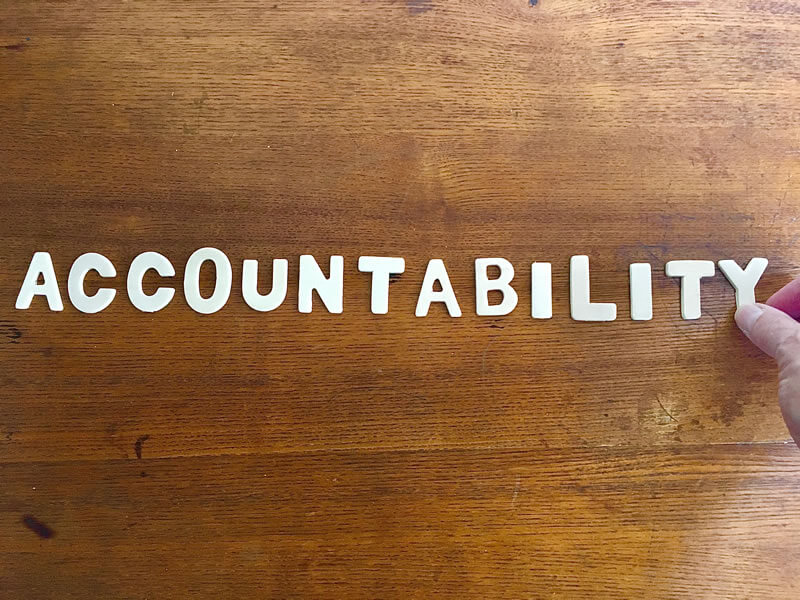 You say you will do certain things or get a project done. Is anyone reminding you or checking in with you on how it’s going? Are you going to meet the set date for completion?

We all need some type of accountability in order to stay on track don’t we?

On one of my first positions aboard a Merchant Ship we were on the Mediterranean run. One of the Officers had been working aboard ships bringing supplies to Vietnam. Which, right away stood out since we were nowhere near there on these voyages. When he worked in the waters around Southeast Asia it was during the latter years of the War going on there. He had so many stories of experiences and events he saw including violence. He had a wife and a child there and he spent his vacation time from working aboard ships, like the one we were aboard, living there with them for months at a time.

Among other interesting behaviors he had was his accountability to himself and his family.

What he had noticed, the first two or three times he left to work on ships not in Southeast Asia for months at a time, was that when he returned home to them in Vietnam it took him awhile to pick up the language again. Some words he couldn’t recall and other words he knew them, yet wasn’t able to pronounce them. It took him a few weeks to really get back to where he was fully fluent again.

He promised his wife and himself this had to stop. No longer would he allow himself to fall into this trap and forget how to communicate.

It was easy when he was working in waters near Vietnam as many other crew members knew the language or were from there. Now he was onboard ships where that wasn’t the case. The system he set up in his room was in the entire room he had placed on the walls paper letters and phonetic pronunciations for each letter and of various words. Each day. two or three times a day. he would go through everything aloud in his room.

Needless to say other than work or meal time he was in his room. It was his promise to his wife and himself to return home fluent in the local language. This was enough motivation for him to remain accountable to his goal.

This is the rare individual.

Do you have the motivation and the desire to remain fully accountable to yourself to meet your goals and promises you have made? No matter how much you have to sacrifice to make it happen.

Find an accountability partner or a group. Often like minded individuals will form a group where they each will hold each other accountable.

If you took some time to relax between … END_OF_DOCUMENT_TOKEN_TO_BE_REPLACED

When you have a specific project to complete – do … END_OF_DOCUMENT_TOKEN_TO_BE_REPLACED