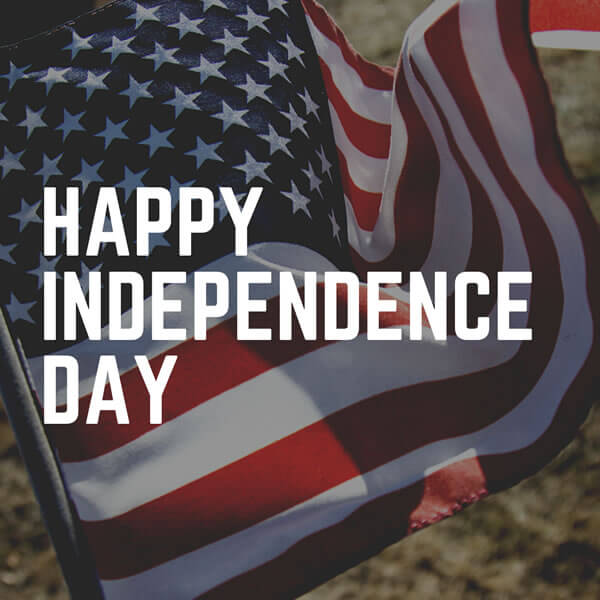 “There is nothing wrong with America that cannot be cured by what is right with America.” ~ President Bill Clinton

“America was not built on fear. America was built on courage, on imagination, and an unbeatable determination to do the job at hand” ~ President Harry S. Truman

“The essence of America, that which really unites us, is not ethnicity, or nationality or religion. It is an idea, and what an idea it is—that you can come from humble circumstances and do great things.” ~ Condoleezza Rice

“I say to you that our goal is freedom, and I believe we are going to get there because however much she strays away from it, the goal of America is freedom.” ~ Martin Luther King Jr.

“Down through history, there have been many revolutions, but virtually all of them only exchanged one set of rulers for another set of rulers. Ours was the only truly philosophical revolution. It declared that government would have only those powers granted to it by the people.” ~ President Ronald Reagan

“There is no second-tier citizenship. You are an American, period. With hard work, learning English, and getting involved, there is no limit on what you can achieve.” ~ Arnold Schwarzenegger

Need some change – in your results? If someone … END_OF_DOCUMENT_TOKEN_TO_BE_REPLACED

A fact, a question and an opportunity not for sale … END_OF_DOCUMENT_TOKEN_TO_BE_REPLACED

Do you experiment? You know, try out new or … END_OF_DOCUMENT_TOKEN_TO_BE_REPLACED