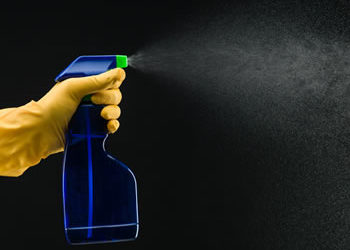 One recent morning while on the Metro-North Train heading into NYC, about a 45 to 50 minute ride, to meet with a few of my VIP clients. There was a conversation which was difficult to ignore. You may have been exposed to this type before.

On this day the entire car had the full experience.

It began with the phone calls. Although we all heard the one side of the call it was obviously the only side as this was not a two way conversation. The team or the particular group had clearly screwed up. They had done something similar once before or at least one person had screwed up something at least one time before.

Now ‘screwed up’ is a lightweight term compared to the words yelled into the phone by the all knowing high powered executive on the train on this day. Once the handful of calls were completed the two people traveling with Mr. Warmth heard an earful.

They clearly worked with him or for him as now they were treated to the actions which “should have been taken a long time ago” he said. “Clean House, that is what we are going to do, Clean House! All of ‘em, right away, put ‘em out on the street where they belong!”

Let’s pause here. It would seem to me, in general, when errors, mistakes or failures are taking place, nothing illegal – these are opportunities.

Great opportunities to teach, train, review and potentially come out way ahead with a better team, a better worker and potentially a better way to get things done or even a better product. Now easy for me to Monday Morning Quarterback when the situation Mr. Warmth is dealing with is not fully in my awareness. With that being said, there is a cost to an action like – Clean House. What do you think in the business you are in?

Would you ‘Clean House’?

Go to the comments area and express your view point. Then come back here to close out together.

Yes, we are all in business, how about the human element? The people involved. For example, a client shared a story which troubles them to this day even though it took place some years ago. After over twenty years with this large, public company, they showed up for work one day and were called into a group meeting. Everyone in the room was told their entire unit would be let go and the next day would be their last day at the company.

Now this was in the middle of great earnings reports and growth at the company. This employee was on the ‘fast track’ to becoming a real star at the company.

Now we continued our work together and they found an excellent position. In our continued work together this one incident still haunts them. They live in fear of ‘what if it happens again’? We are working through it and we will overcome this feeling. How about the human aspect in ‘Let’s Clean House’? Is this something which must be done or not?

Mitch Tublin is the CEO and Founder of Wenkroy International LLC a boutique consulting company with a main focus on Strategic Business Consulting, Training and Business Coaching.

If you took some time to relax between … END_OF_DOCUMENT_TOKEN_TO_BE_REPLACED

When you have a specific project to complete – do … END_OF_DOCUMENT_TOKEN_TO_BE_REPLACED