Did you change your mind – again?

What influences us to often change our mind? 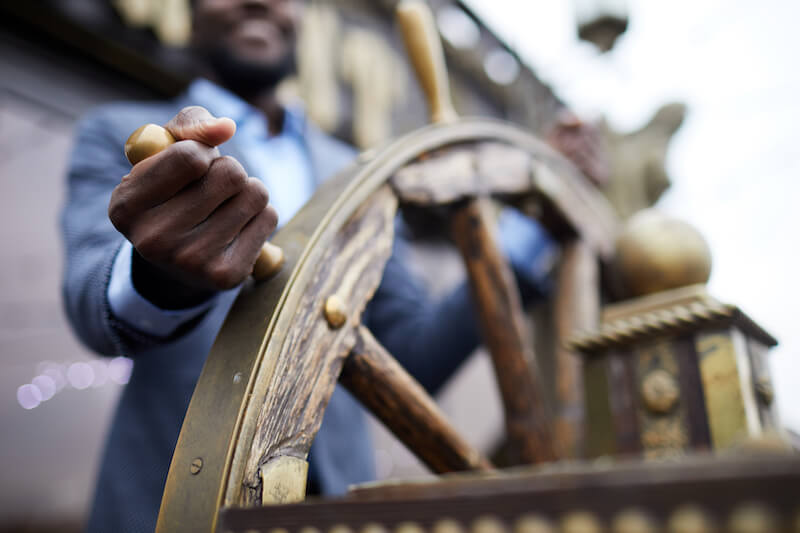 Out at sea, in the open ocean, a ship underway is able to change course fairly easily. When the ship’s wheel is turned for example 10 degrees or 15 degrees right (starboard) the ship begins to move in that direction. How quickly it responds does depend on how long the ship is, how heavy, how fast through the water it’s moving ahead and where the center of gravity is for that ship right then.

In addition, the turning speed will increase depending upon these same items. Therefore, to stop the turn and settle in on a new course, the speed of the turn needs to be considered right then during the actual turn and the prevailing weather, wind and ocean conditions.

This is a lot of information to process for a change of direction!

Now change the location. All of the same information applies when this ship is transiting inland waters like a river – think a big ship – so the Mississippi River, for example. The new forces that apply to a ship changing course are how deep is the water under the ship at the turn location – how close to land is the ship – is there another large ship passing in the other direction at the same time as your ship is turning and which way are the currents moving at that location?

Here are the facts about a couple of these examples. If there is too little water under the hull or the ship passes too close to land in a river passage the laws of physics take over. As the ship is displacing the water underneath it – the ship tends to begin sliding or skimming the bottom and when it is too close to land the displaced water creates a suction which can actually pull the ship even closer to the land. Each one of these will influence the response of the ship and it’s turn. Even way more information on outside influences impacting a simple turning of the ship and changing it’s direction.

Is it any wonder then that each of us is similarly influenced by numerous sources of information when we are making decisions and/or changing our mind about something? Consider a decision you were making recently and then changed your mind.

What were the influences that you are aware of now that may have influenced the original decision to be changed?

How many people are ready to go out and begin their own business or create one from an idea they have – only to be talked out of it or convinced by others that they would be crazy to take such a risk?

The key to following your own decisions and to making up your own mind is to seek out and accept the feedback from a person or two who you have presented the full facts to and have promised you to offer their opinion and guidance based solely on the facts. However, you must still make the ultimate decisions and be ready to move on and see it though, whatever you decide.

Let’s settle this now! Or at the very least … END_OF_DOCUMENT_TOKEN_TO_BE_REPLACED

Enjoy your family and friends. Be grateful, … END_OF_DOCUMENT_TOKEN_TO_BE_REPLACED

Is your business ready to lose loyal … END_OF_DOCUMENT_TOKEN_TO_BE_REPLACED