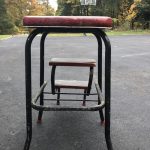 It just happened this week. I climbed up the steps on our step stool to the top portion. Unlike a ladder, there is nothing to hold onto on the top of the step stool. It was a moment of exhilaration and brought a smile to my face. Sure the purpose was to repair something in the garage at home. However, the happenings these last 10 months – well let’s just say – THIS WAS A MOMENT TO CELEBRATE! “I didn’t respond to that. I’m not scared of heights. I’m just scared of falling from heights.” ― … END_OF_DOCUMENT_TOKEN_TO_BE_REPLACED 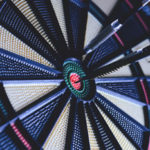 Many people play darts at home or in a bar. The target dart board is set up properly such that the bullseye is 5 ft. 8 inches from the floor and the front of the dart board to the toe line is 7 ft. 9.25 inches. These are the official heights and distances. This is why you feel so great when you hit the bullseye. The same exact rules for setting up the dart board are utilized everywhere that darts are a serious game. Not everyone hits the bullseye. In fact some people have never hit the … END_OF_DOCUMENT_TOKEN_TO_BE_REPLACED 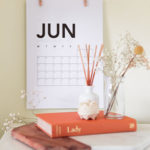 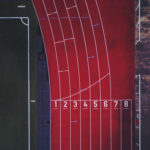 In 1954 there was a widely held belief that no one would ever run one mile in under four minutes. The world of track athletic competition felt this was in fact nearly a certainty - impossible. It was considered a barrier - never to be broken through. On May 6, 1954 at Oxford, an Englishman, Roger Bannister, ran the mile in 3:59.4. Later that year, two men who were competing – John Landy (Australia) and Roger Bannister – in the Commonwealth Games held in Vancouver B.C. both ran the one mile … END_OF_DOCUMENT_TOKEN_TO_BE_REPLACED 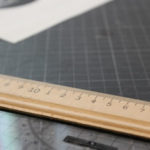 Whatever the it is to you. It is something important and really worth measuring. Something where you have a goal you are striving toward achieving. Are you measuring the progress you are making toward the achievement of the goal? This may be for you, your family, a family member. This may be for work - you, your team, your company, a specific project. If there is no regular measurement of progress how will you recognize when you are not on track – or there is a problem holding things … END_OF_DOCUMENT_TOKEN_TO_BE_REPLACED 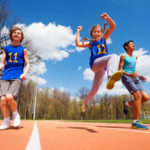 This is NOT AN ARTICLE ABOUT SPORTS. This week we were treated to life lessons for kids, and maybe for everyone else too. The mighty advertising dollar has placed more and more great sports contests into prime time viewing. Which means that your typical younger person never gets to enjoy some of the most competitive match ups in sports like from the World Series - where many games don’t even start until 8 PM Eastern and will last for at least 3 hours on a week night in October. What a … END_OF_DOCUMENT_TOKEN_TO_BE_REPLACED

“Attitudes are nothing more than habits of thought … END_OF_DOCUMENT_TOKEN_TO_BE_REPLACED

When a tanker discharges the entire contents of … END_OF_DOCUMENT_TOKEN_TO_BE_REPLACED