Imagine having your private and personal life under the microscope? 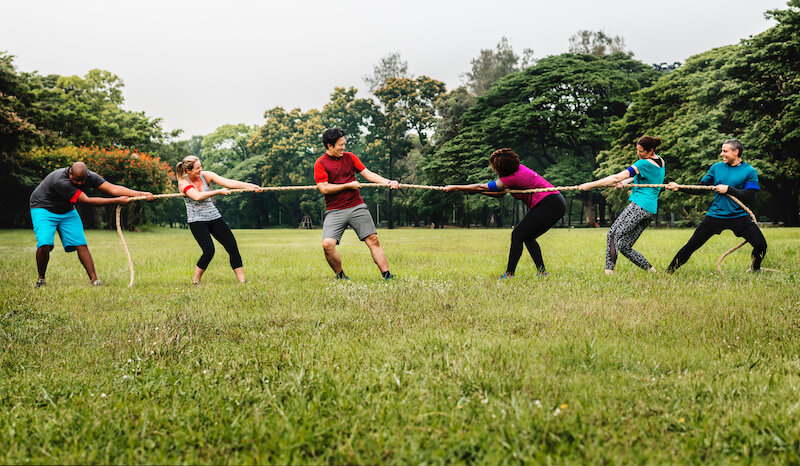 Or even more realistically out in the open on every network, online, print, talking head, every method of broadcast probing and questioning every statement, every move.  Bill and Melinda Gates have that honor this week. It’s part of the celebrity of being the 4th most wealthy person in the world according to Forbes.

Now we have people taking sides in the split.

Family members, friends, co-workers and others are lining up behind one or the other.

What is the lesson for us at work, especially when there is a power struggle taking place?

“In the end, the aggressors always destroy themselves, making way for others who know how to cooperate and get along. Life is much less a competitive struggle for survival than a triumph of cooperation and creativity.”
Fritjof Capra

Generally distance is your friend when there is a power struggle taking place at work.

What if one of the people involved is a good friend of yours and this is widely known at the work place?

Or, what if the people involved are working with you or for you or if it is a fairly small company and you are the CEO/Founder?  You cannot really distance yourself from this situation.

“Do not think of knocking out another person’s brains because he differs in opinion from you. It would be as rational to knock yourself on the head because you differ from yourself ten years ago.”
Horace Mann

“The most important thing in communication is hearing what isn’t being said. The art of reading between the lines is a lifelong quest of the wise.”
Shannon L. Alder

If this power struggle is creating a non-productive atmosphere and especially if it has taken on a personal attack element it has to be resolved or the people involved will have to go. Easier said than done is to introduce into the mix a trained coach to work with both parties together and individually for a period of time in order to resolve the conflict. It has to be made clear that this is the path to a resolution and they each need to commit to it vs. facing potential dismissal.

“There are some people who always seem angry and continuously look for conflict. Walk away from these people. The battle they’re are fighting isn’t with you, it’s with themselves.”
Rashida Rowe

The immediate role of the coach is to resolve the conflict.

A longer term goal for the coach should be the individuals involved and their attitude and mindset.  Are these individuals going to be team players and contributors to the company in the future.

“The Law of Win/Win says, ‘Let’s not do it your way or my way; let’s do it the best way’.”
Greg Anderson

The key is to quickly take action. The longer a known conflict continues without a resolution the higher the risk of long term damage to the company and to the other employees.

*All quotes are from INC.com  Team Building

If you took some time to relax between … END_OF_DOCUMENT_TOKEN_TO_BE_REPLACED

When you have a specific project to complete – do … END_OF_DOCUMENT_TOKEN_TO_BE_REPLACED