The International Rules Of The Road for all waterborne craft at sea are followed all over the world. 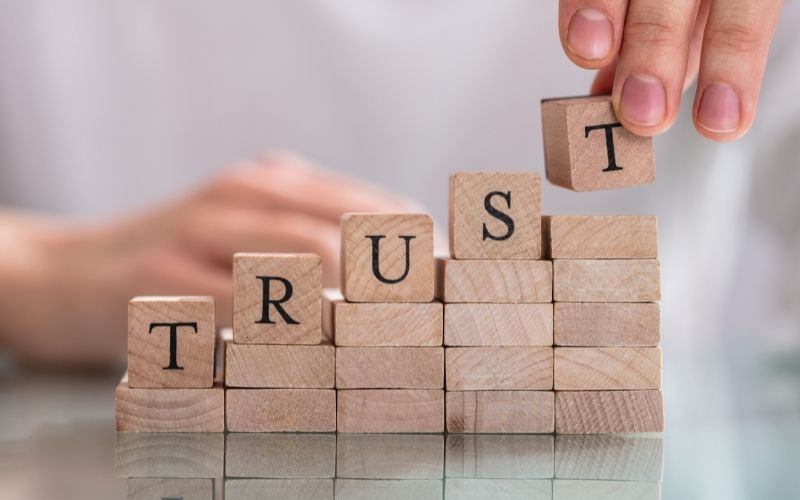 When you’re on a ship out at sea at night and you see the red running lights of a ship on your starboard side which is crossing your path – that ship will hold its course and speed – because they trust that your ship will adjust its course or speed to allow their ship to safely cross in front of you.

Similarly, your ship would trust that the crossing ship will not make any drastic course changes which would put your ship in danger as you maneuver to allow them to safely pass.

In this example people are following the rules set up Internationally for oceangoing ships. If these rules didn’t exist, transiting the ocean aboard any size ship would be utter chaos.

“A lie can travel half way around the world while the truth is putting on its shoes.”  ~ Charles Spurgeon

Between people it may take years to build up a high level of trust.

The sad truth is all trust can be lost in seconds.

Especially with the use of cell phones and social media. An image or a story, even if taken out of context, or it’s sources are questionable can destroy a person’s image and anyone’s trust in them.

“Love all, trust a few, do wrong to none.” ~William Shakespeare

My wife and her good friend were catching up a few weeks ago over dinner at a local restaurant. They split the bill when it was time to pay. Neither one noticed they had used the same exact credit card type to pay. A few days later they were texting each other rapidly like a super tennis volley that goes fast yet never seems to end.

It appears they each took the other’s credit card by accident.

It came to the friend’s attention while traveling as the attendant at the hotel front desk called her by my wife’s name. After all, that was the name on the card! They figured it all out and met up and exchanged the cards back to each other. Neither one was concerned that the other would buy anything extravagant on the other’s credit card.

They had full trust with each other.

“Trust is the glue of life. It’s the most essential ingredient in effective communication. It’s the foundational principle that holds all relationships.” ~ Stephen Covey

In business when you’re speaking with people about anything, if they don’t trust you, do you think they’re even listening to what you’re saying?

In fact, isn’t this true in any aspect of your life?

Need some change – in your results? If someone … END_OF_DOCUMENT_TOKEN_TO_BE_REPLACED

A fact, a question and an opportunity not for sale … END_OF_DOCUMENT_TOKEN_TO_BE_REPLACED

Do you experiment? You know, try out new or … END_OF_DOCUMENT_TOKEN_TO_BE_REPLACED